5 ways to help a friend or family member with dementia

Many people abandon friends and family with dementia–and shouldn’t.

Several years ago, a close family member was diagnosed with breast cancer. The diagnosis was shocking, but the response was heartening. The oncologist analyzed the tissue sample down to its very receptors and provided a crystal-clear roadmap for treatment. An experienced and compassionate lay “navigator” was assigned to help guide my loved one through treatment. Friends and family rallied, making regular visits, cooking meals, holding hands, wiping tears, and, with time, becoming fierce advocates for disease awareness and research.

This response to breast cancer is part of an entire movement of support that has been embraced on all levels of society and has even engaged NFL players to bling themselves out in pink for one weekend of football every fall. It’s a model of how we should respond to any disease: wide-eyed with interest and support and dedicated to caring and curing.

Sadly, the picture couldn’t be more different for individuals suffering from Alzheimer’s disease and other forms of dementia. 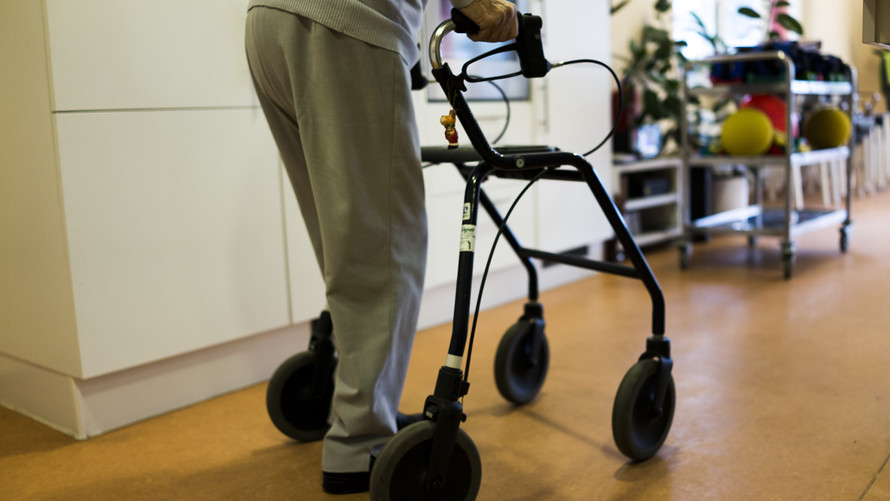 Symptoms are insidious and easy to miss or ignore in early stages, and the diagnosis is never as certain as with many cancers since we do not routinely collect a sample of brain tissue to analyze. There is a dire shortage of specialists trained to manage dementia and even fewer in the pipeline. There are almost never volunteer “navigators” to support people through the many years of this disease. Precious few people, sports figures and celebrities have become advocates for promoting Alzheimer’s awareness and research.

All these deficits exist despite the fact that most people have a loved one or close friend with Alzheimer’s disease.

This disease affects and estimated 5.5 million Americans and its numbers are growing rapidly according to the 2017 Alzheimer’s Facts and Figures put out by the Alzheimer’s Association. It is the fifth leading cause of death after the age of 65, and reported deaths have increased by nearly 90% in the past five years. Currently, it is the most expensive disease to our economy, and yet the U.S. spends only a tenth of the research dollars for Alzheimer’s disease that are spent for heart disease and cancer combined.

In my practice as a geriatric psychiatrist who runs a memory center, I’m particularly concerned with how often I see people abandon their friends and family afflicted with dementia at a time when they need help the most. This avoidance may be due to fear, ignorance or even superstitious worries that one could “catch” the disease.

It is also due to negative stereotypes of old age, mental illness and what people still inappropriately label as “senility.” The very term “dementia” is misused to refer to people as crazy or dangerous. It is a disease treated like cancer in the 1950s and 60s, spoken of in whispers and sometimes kept from its sufferers. These attitudes lead some to poke fun at individuals with dementia and exclude them from community or family events.

We forget, however, that we are talking about our loved ones, friends, neighbors and, eventually in many cases, ourselves.

As an example, one of my patients developed early signs of memory impairment and began to make mistakes at her weekly bridge game. Her husband tried to help her out and cover for her, but other players grew increasingly frustrated and asked her to leave the group. As her symptoms worsened, most of their friends stopped asking the couple out for dinners and other social events. No one offered to help out when she was hospitalized with an infection that caused severe confusion and agitation. Even the couple’s children began avoiding making regular visits to Florida, afraid to expose the grandchildren to the disease. The husband felt abandoned and depressed, and had no one to turn to until he found a local support group.

We do not yet have a cure, but there is so much that can be done to break these negative and avoidant behaviors that impede the care and quality of life for individuals with various forms of dementia, along with their caregivers. I would suggest five basic strategies:

1. Educate yourself about this disease. Dementia (also called neurocognitive disorders) involves cognitive impairment due to brain damage. Alzheimer’s disease is the most common form of dementia, but there are many other types. Only a comprehensive evaluation by a trained clinician can make an accurate diagnosis.

2. Recognize the strengths that still exist. Just because someone has impairment in memory or other cognitive skills doesn’t mean that they still don’t have interests, skills, desires and many other strengths. Find ways to connect with people along the lines of these strengths.

3. Lend a hand. Help a person with dementia and their caregiver with transportation, yard work, activities, shopping and other daily tasks. These tasks can be overwhelming for caregivers who may already be on duty 24-7.

4. Offer some relief. Relieve a caregiver by giving them a break to have a meal outside of the house, run errands, catch a movie, or do something that allows them to recharge their energy and morale.

These steps are necessary to banish the fear and avoidance of individuals with dementia and their caregivers, and can make all the difference by helping them to have greater dignity, well-being and quality of life.

Marc Agronin (@MarcAgronin) is a geriatric psychiatrist at Miami Jewish Health in Miami, Florida and the author of “How We Age” and “The Dementia Caregiver: A Guide to Caring for Someone with Alzheimer’s Disease and Other Neurocognitive Disorders.”

The article “Why Many People Abandon Friends and Family with Dementia–and Shouldn’t” first appeared on WSJ.com.